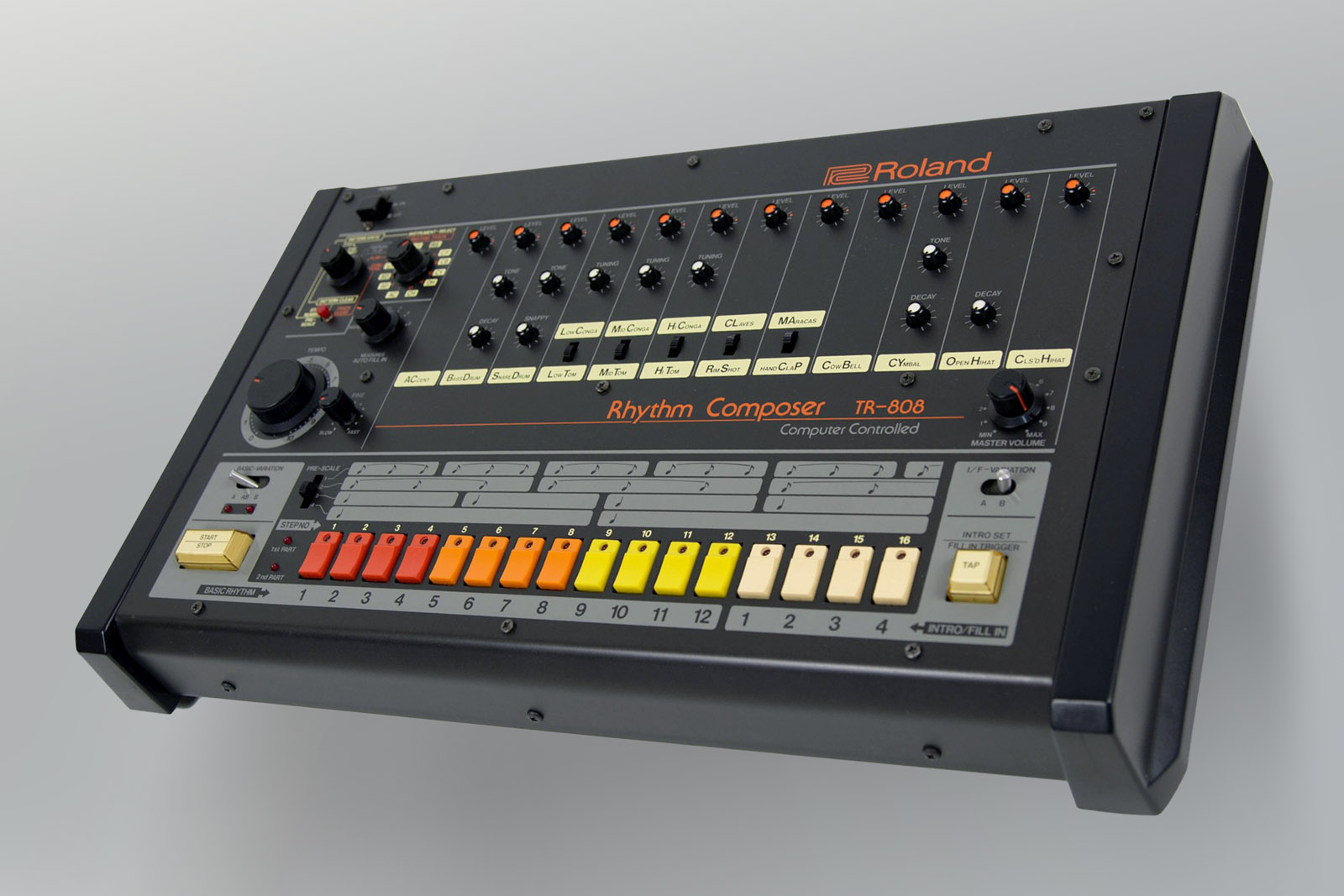 The Roland TR-808 Rhythm Composer, often referred to as ‘the 808’, is an iconic drum machine released by Roland in 1980 and discontinued in 1983. Unbelievably they weren’t popular at the time!

Roland’s TR-808 Rhythm Composer is possibly the best known drum machine of all time, featuring on untold records old and new.  The TR-808 was a commercial failure for Roland as fewer than 12,000 were ever sold. So in 1983 Roland ended production since semiconductor changes made it impossible to purchase faulty transistors, essential for its hardware design. It still left a legacy much like the famous Amen Break, sounds from the 808 have spawned entire genres spanning decades and even individual drum hits have become ubiquitous!

The kick drum is often distorted, filtered and pitched to make ‘trap’ music. That unmistakeable thump is called an ‘808 bass’. Many don’t even realise the samples they’re using come from this historic 80s rhythm machine. Hank Shocklee of The Bomb Squad production group declared that “Its not hip hop without that sound”.

It’s Hi-Hats have been sprinkled over every pop hit for the last 20 years and Dance music has relied heavily on the snare sound. Even the ride cymbal, cowbell and clave are distinct enough to pick out on every other record.

The first popular VST synth, Propeller Heads ReBirth RB-338 was a recreation of the TR-808, TR-909 and two TB303 machines, a huge compliment. Most Modern Drum Machines and software attempt to recreate or outdo the original sounds. A truly impressive legacy for a product only manufactured for 3 years!

We aim to be the ultimate resource for retro drum machines and modules. Offering free educational articles and sound samples for reference.

It’s a long road ahead and we need your help to fill the gaps. Do you own a drum machine? Be part of the community and send us a message or links through our contact form.